Your session is about to timeout due to inactivity. Click OK to extend your time for an additional 30 minutes.
Quick Info Content

We use cookies to provide you with a better service. Carry on browsing if you're happy with this, or find out how to manage cookies.X 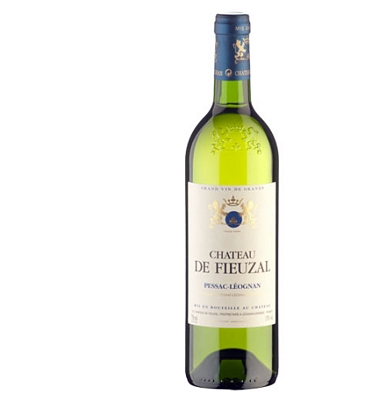 Available in a wooden box if you buy 6 or 12

"The fragrance of freshly peeled grapefruit, lemon rind, green apple, lime and vanilla pop when the wine is poured. Bright, zesty and energetic on the palate, the fruit is sweet, ripe and pure in the finish." Wine Cellar Insider

The Château de Fieuzal estate is officially classified as one of the great Grand Cru Classé de Graves vineyards. Named after the Fieuzal family who owned the vineyard until 1851.

Château de Fieuzal is named after one of the nineteenth-century owners and after a couple of changes of ownership, it was bought by Lochlann Quinn, the chairman of Allied Irish Banks, in 2001. The 39-hectare vineyard has a terroir of sand and gravel soils and is planted to red and white grape varietals.

For the red wines, the vineyard is planted to 60% Cabernet Sauvignon, 33% Merlot, 4.5% Cabernet Franc and 2.5% Petit Verdot. The whites are an even mix of 50% Sauvignon Blanc and 50% Semillon. Chateau de Fieuzal completed a multi-million Euro renovation of the estate in 2012 and the wine making facilities have been completely modernised. The wines are aged in 50% new, French oak barrels for between 16 to 24 months, depending on the varietals and the style of the vintage.

Since Hubert de Bouard of Chateau Angelus in St. Emilion began consulting the estate, the wines have been showing steady improvement. Production is on average, 8,000 cases of red wine and 3,000 cases of white wine per vintage.