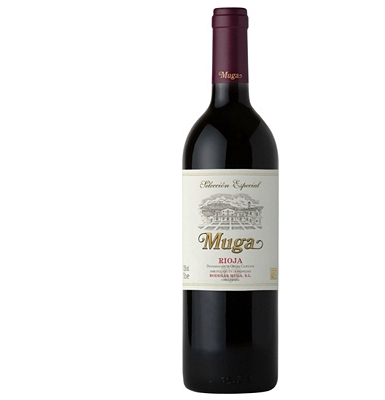 This is an intense Rioja made from predominately Tempranillo grapes that has been given extended barrel ageing to balance the powerful fruit flavours and fine-grained tannins. Drinking now, or cellar for five years.

Nestled between the Sierra de Cantabria and Sierra de la Demanda, in the north of Spain around 80 miles south of Bilbao, Rioja, Spain’s flagship wine region, is home to more than 600 wineries.

Spanning an area a little more than 60 miles long, by 25 miles wide along the banks of the river Ebro.

Rioja’s unique geographic location makes it perfect for wine production, with the surrounding mountains moderating both the cooling effects of the Atlantic and the intense heat of the Mediterranean.

Rioja produces a diverse range of wines, from young, sprightly whites to mature, barrel aged reds.The Tempranillo grape is king in the region, producing reds and roses in an array of styles but Garancha, Graciano, Maturana and Mazuelo all play important roles both in blends and increasingly on their own as single varietals.