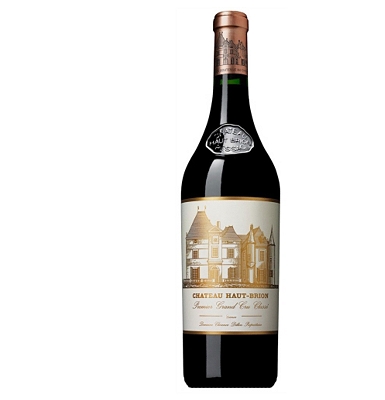 Available in a wooden box if you buy 6 or 12

"It is dark, deep and brooding - closed and youthful but offering glimpses of its power and class. Vanilla and mocha oak notes vie with big ripe black fruit for dominance now but are shaped by a velvet lining of fine tannins." Xenia Irwin, Waitrose Partner & Wine Buyer

"Full of ripe fruit, opulent and concentrated, this is a fabulous and impressive wine. It has a beautiful line of acidity balanced with ripe fruits. The wood aging is subtle, just a hint of smokiness and toast. This is one of those wines, from a great white wine vintage, that will age many years." Wine Enthusiast

Established in 1533 by the de Pontac family, Château Haut-Brion has been run by numerous different families over its 450-year history as well as a few banks and individuals.

It was the Larrieu family who was able to make this Château one of the best in Bordeaux. In the 1855 classification, Château Haut-Brion was listed as one of four 'Premiers Crus Classe', alongside Margaux, Lafite, and Latour.

With top winemaker Georges Delmas to oversee the cellar, Haut Brion grew in reputation and stature. In 1961, a radical decision to install stainless steel tanks at the estate took many in the trade by surprise but in a few years, these would be commonplace in many of the top Châteaux.

Royalty now owns and run Haut Brion, with Clarence's great-grandson Prince Robert of Luxembourg as Managing Director of the Estate.